Did you know? Every donation you made up to 31st December 2017 was doubled thanks to three amazing donors.

Your response to Mary’s Meals appeal this Advent has been fabulous. The total amount sent is £415 which was doubled making a total of £830.

It has been sent and will feed many children with a meal at £13.90 a school year!

Maybe you could help with girls skirts aged 10-12, boys shorts or trousers aged 10 - 12 and flip flops in the coming week? We are also desperate for spoons ...used ones are fine as we have none left, if you have any to spare?

The Vision of Mary's Meals is that every child receives one daily meal in their place of education and that all those who have more than they need, share with those who lack even the most basic things. 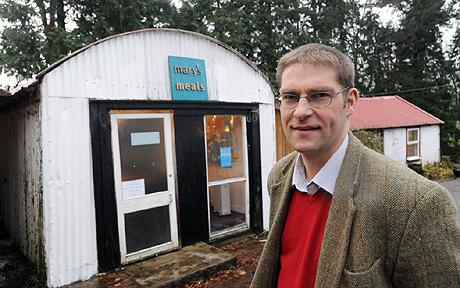 Magnus, who runs the charity, has just published his first book explaining just how the charity began.  It is called "The Shed That Fed a Million Children"  Over one million children now receive a daily meal of porridge - and it is organised from the shed in his garden!  It is an awesome read! You can buy it here http://www.amazon.co.uk/Shed-That-Million-Children-Extraordinary/dp/0007578326

He finishes with "Our work has just begun - we have 47 million more children to feed!"  Many thanks for your kind donations.